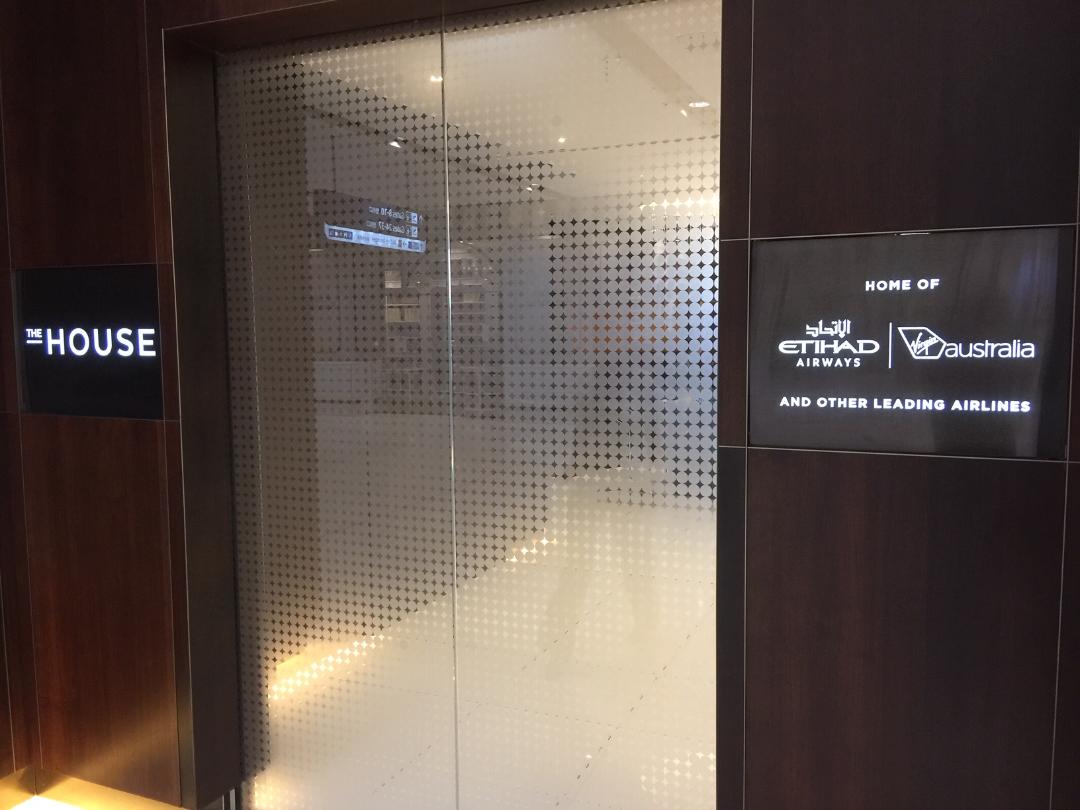 The House lounge at Sydney Airport is a premium, independent lounge, owned by a British company called No.1 Lounges. Besides Sydney, you will also find The House branded lounges at Melbourne & London Heathrow airport.

In Sydney, the lounge is located at the International Terminal. After clearing security, look for signs directing to airline lounges. Soon after you go past McDonald’s which should be to your right, The House is immediately to your left, next to the Amcal pharmacy. My Virgin Australia flight which was departing from Gate 51, was less than 100 metres from the lounge. 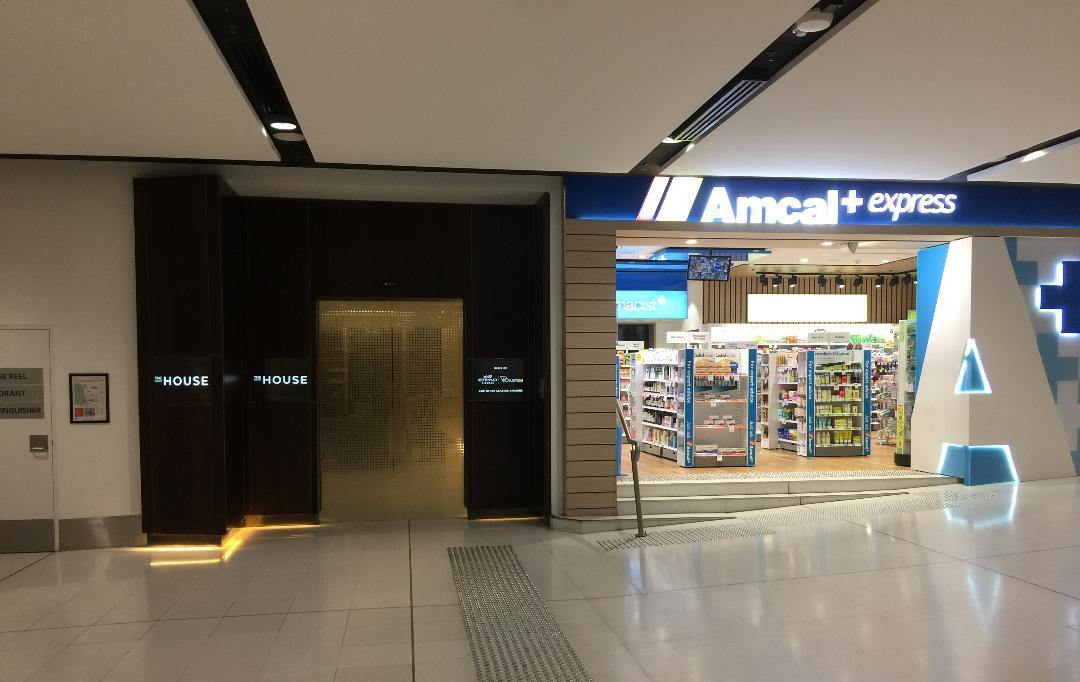 The House Sydney near Gate 51, next to Amcal pharmacy

I entered the lounge through somewhat funky looking front-doors and was met by the staff working the reception. The ladies scanned my boarding pass and let me in. The actual lounge is located one level below the entrance, which you can access through the stairs or the elevator. 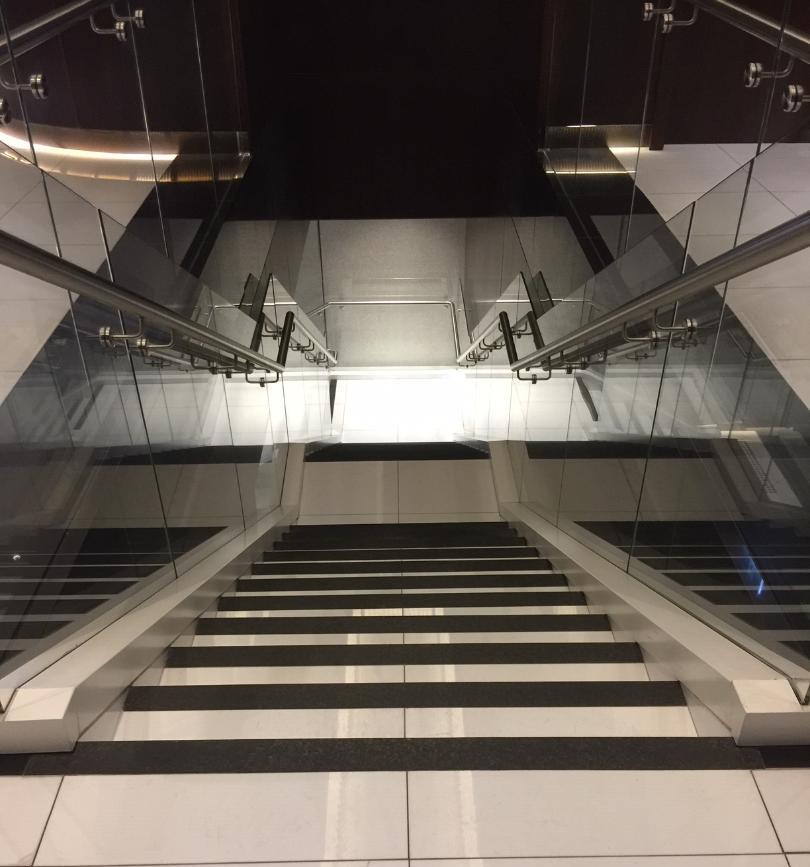 Stairs leading to the lounge

As I walked down, I was greeted by the sight of couple a dozen leather couches scattered along the length of the wall. There were nice views of the tarmac through the giant glass windows. 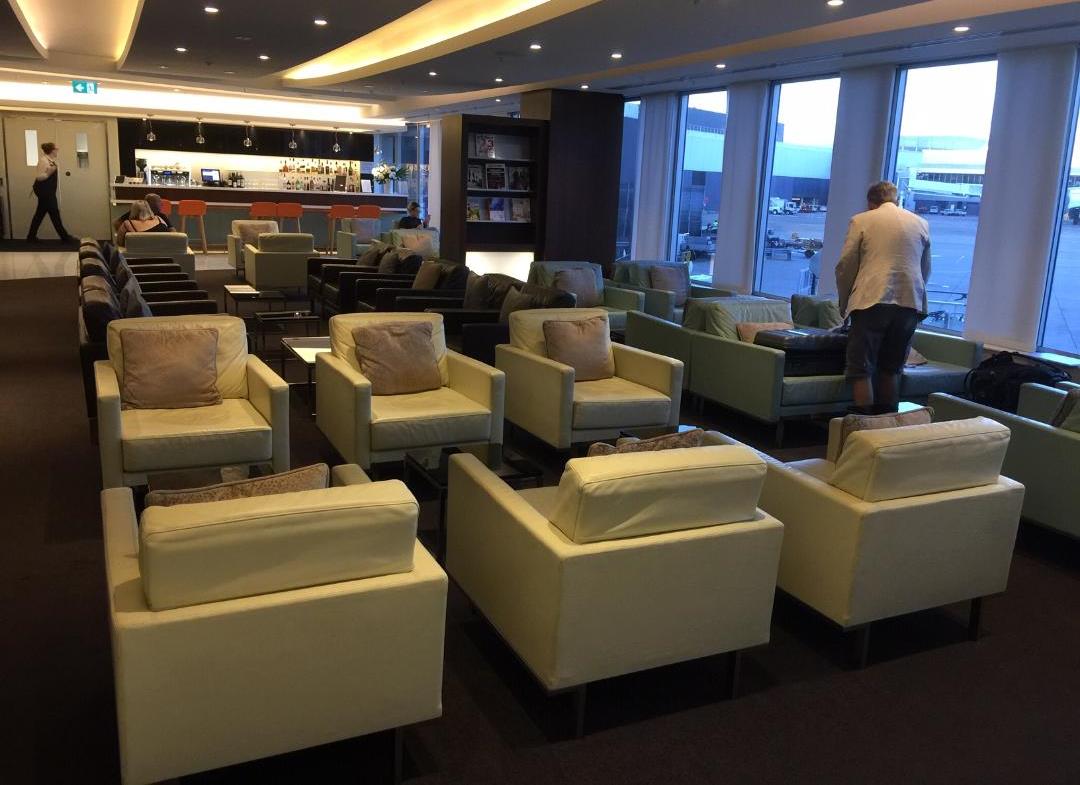 Further down from the seating section, was a rather impressive bar, also doubling up as a cafe. There was a barista and 2 barmaids on hand, serving up hot and cold beverages. It was empty when I first got in, but there was a steady trickle of tipplers from that moment on. 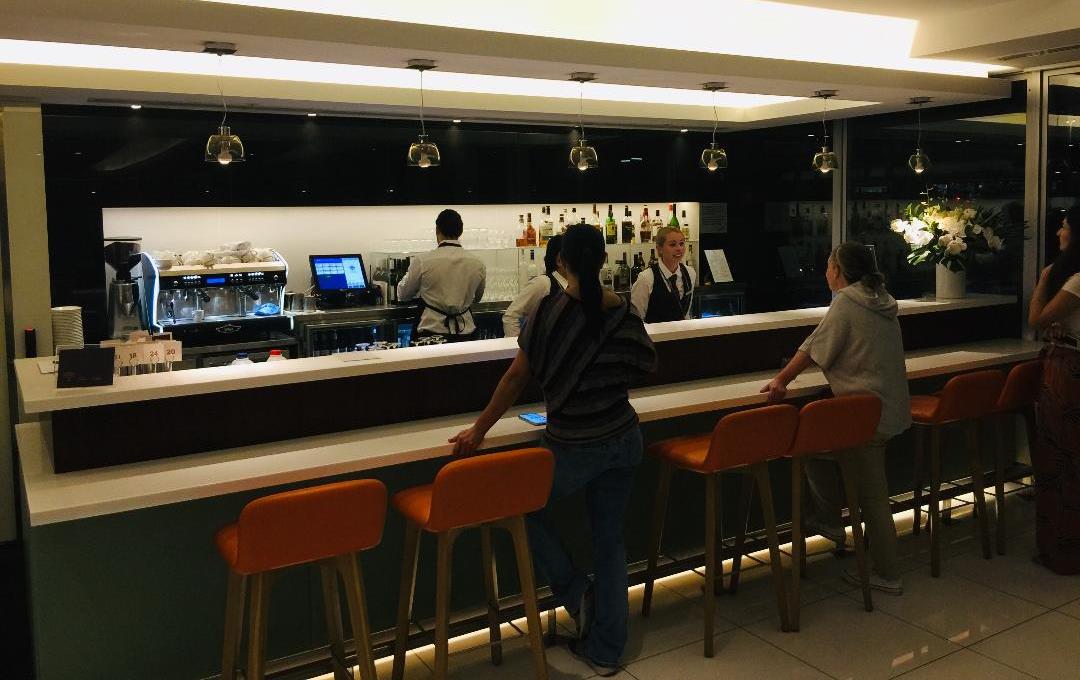 On the opposite end and to the left, was the formal dining area with waiter service. The tables were set up immaculately. The overall look and feel of the place gave an impression of being at a high-end restaurant. 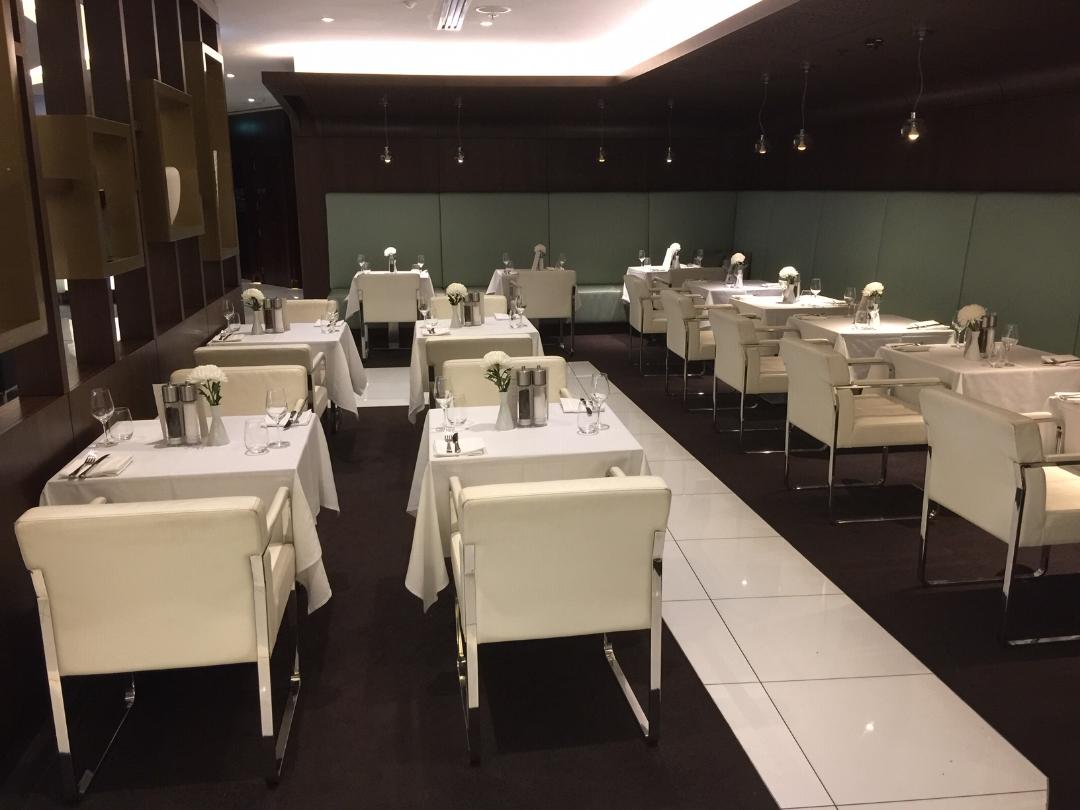 There was another little seating area further up, with some half a dozen cafe-style round tables and chairs. 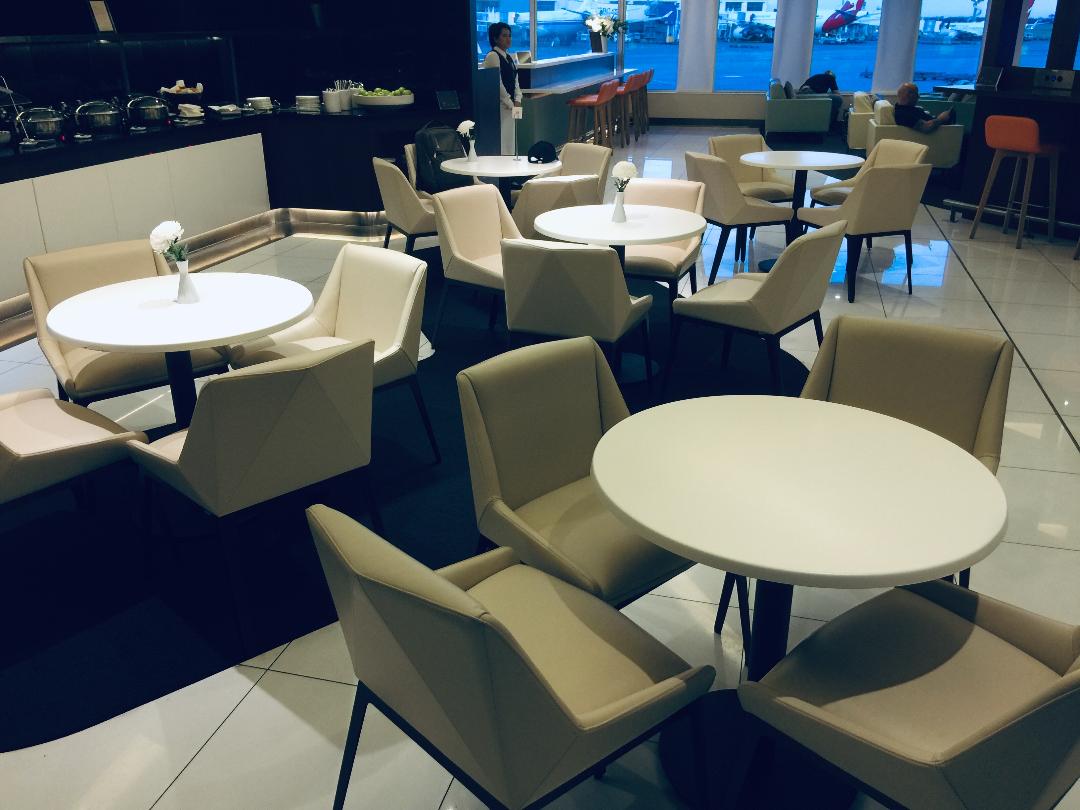 All guests have access to the self-serve buffet, which is located next to the bar and takes-up a good chunk of this section of lounge. If a la carte dining is more your style, take a seat in the formal dining area and a staff will soon show up with the menu. I went with the latter. However, since the formal dining area was deserted I sat on one of the tables next to the hot buffet. 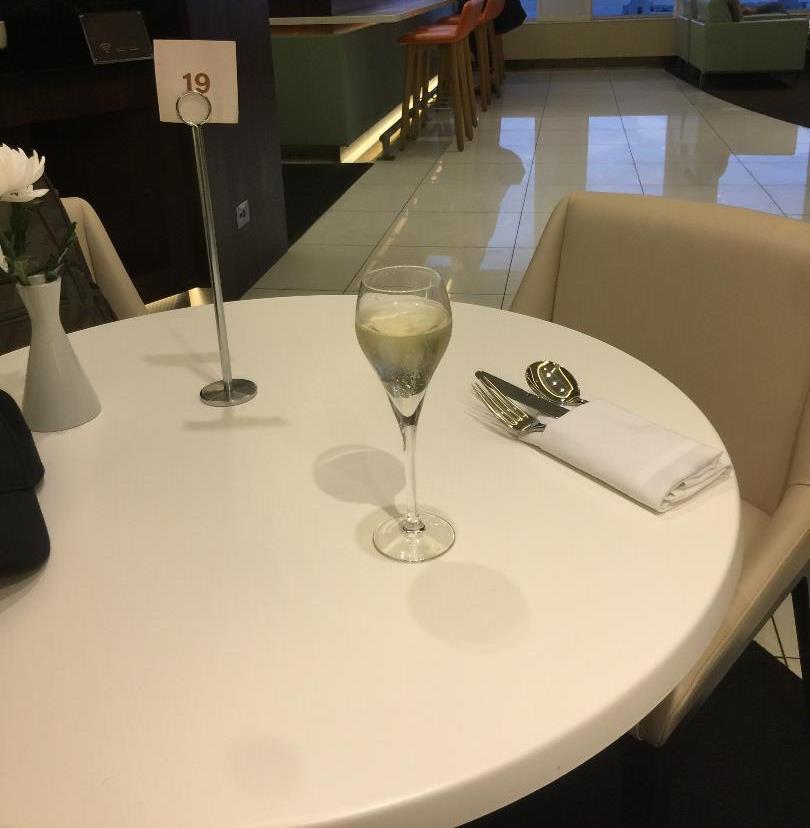 I was handed in the menu, which was a good mix of middle-eastern and western dishes. 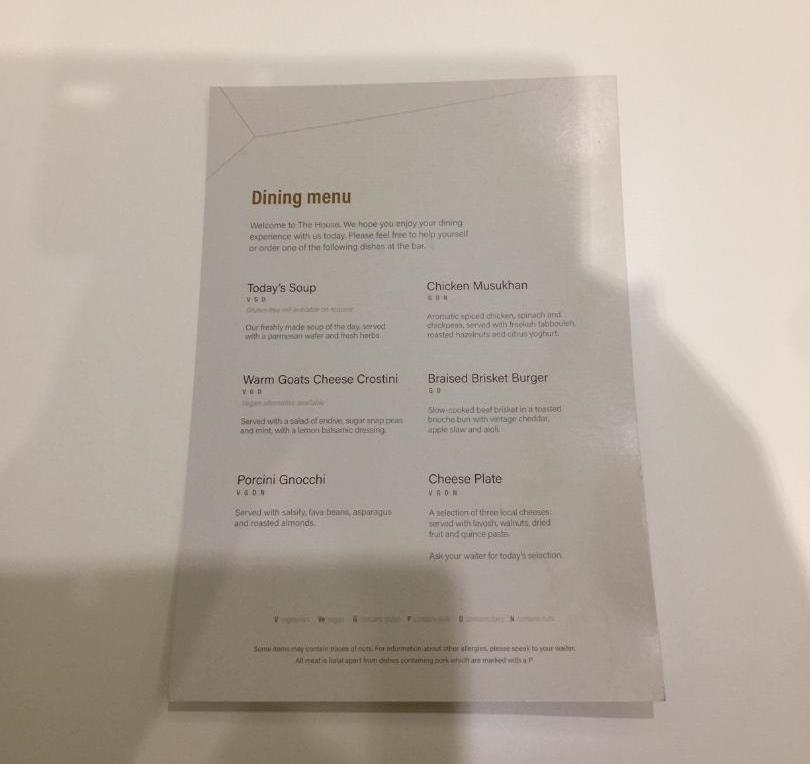 I started with the soup of the day, which was a delicious pumpkin and chickpea soup with a dollop of mint chutney. It was accompanied by 2 pieces of crunchy biscuit. 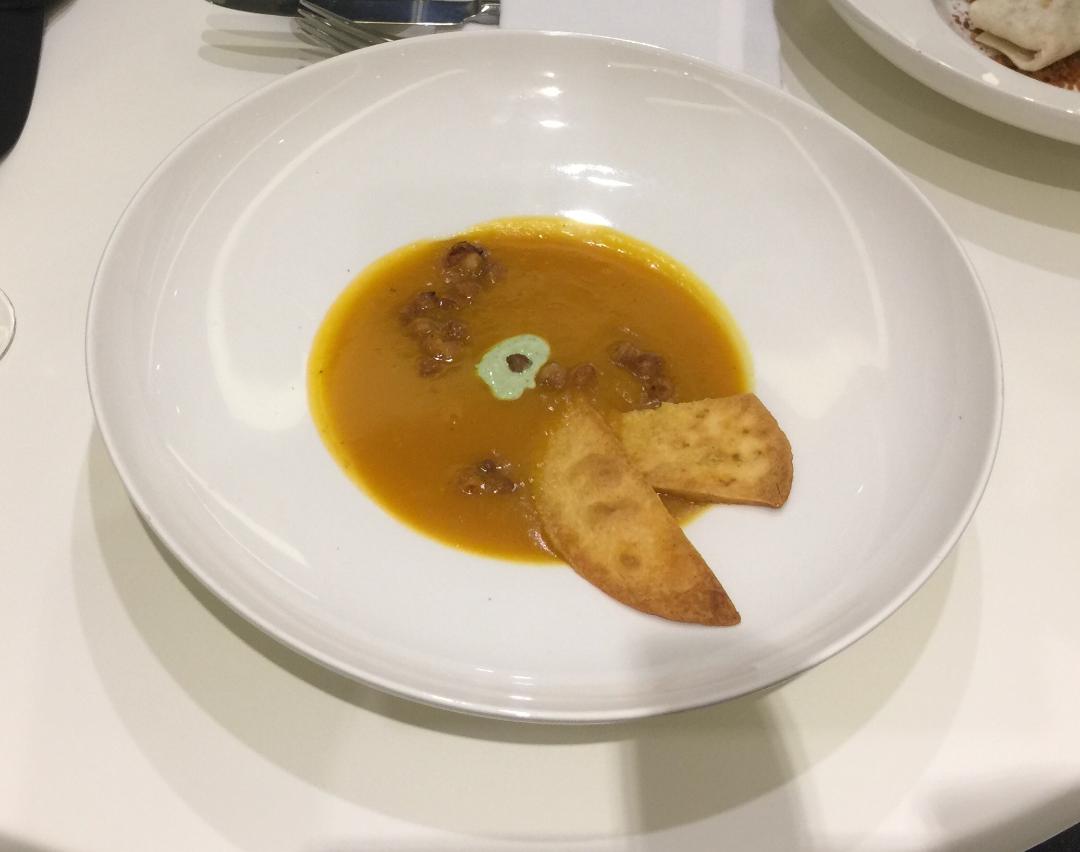 Next came the Chicken Musukhan, wrapped in pita bread with a generous serving of yogurt poured-over. It was nice. At the time of ordering the staff warned me, saying the Musukhan was spicy. That was music to my ears, but as someone who’s been primarily brought-up on a diet of hot and spicy Indian food, I have learnt to keep my expectations low.

Like I feared, the dish was on mild side of being even mildly spicy 🙁 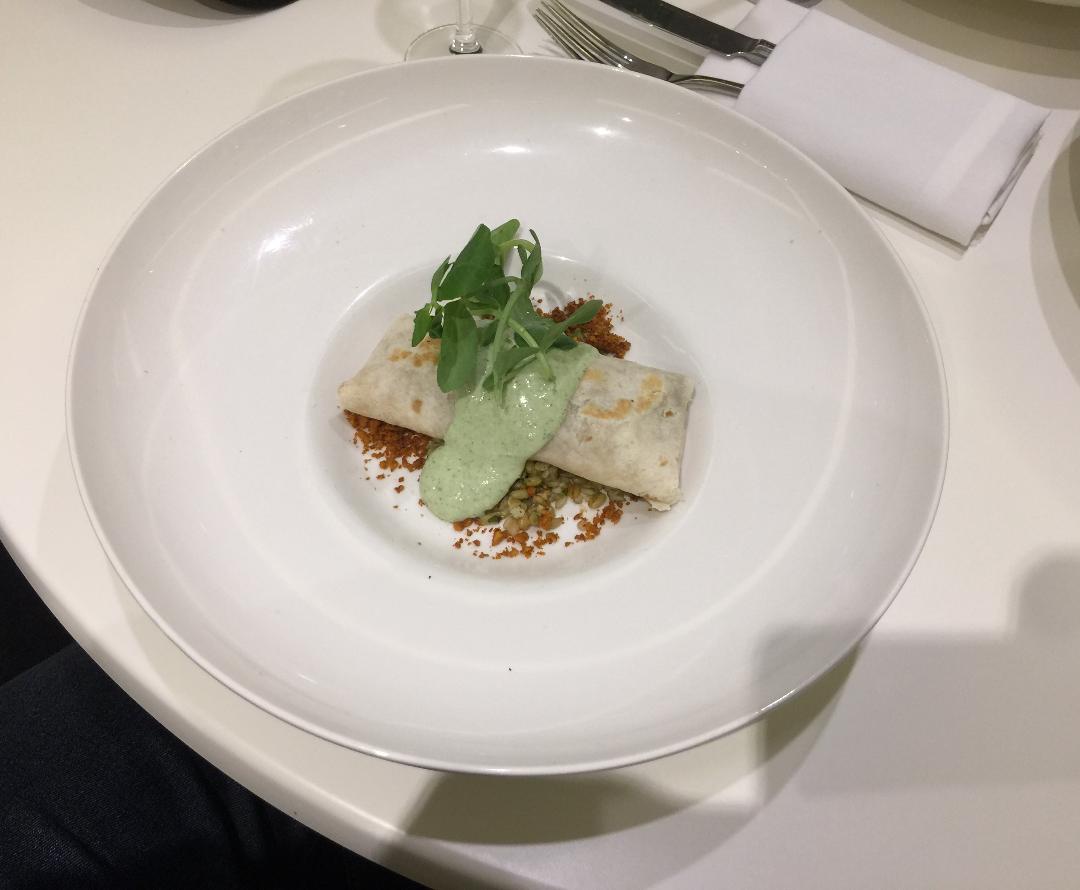 I then moved on to the Gnocchi, which was the best of the lot. The dumplings itself had a slightly firm texture and came perfectly cooked in a creamy sauce. There was generous sprinkling of almond flakes, parsley and parmesan on top. 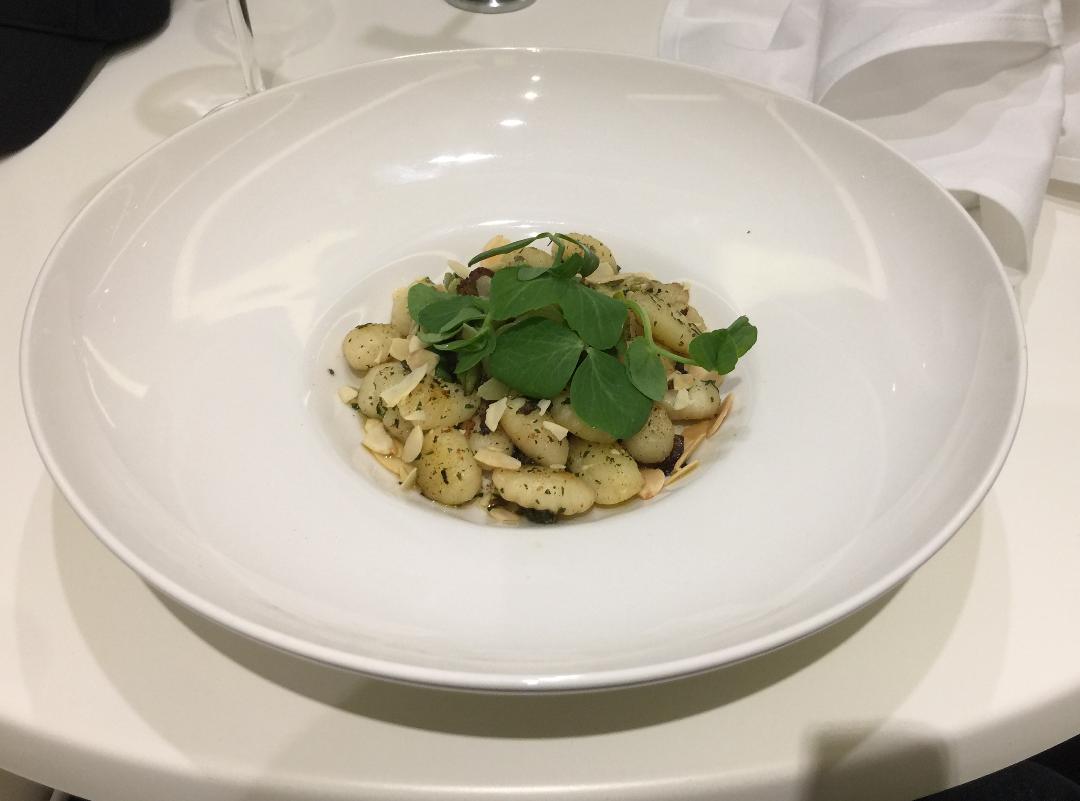 I finished off the meal with a cup of cappucino and some sweet treats. 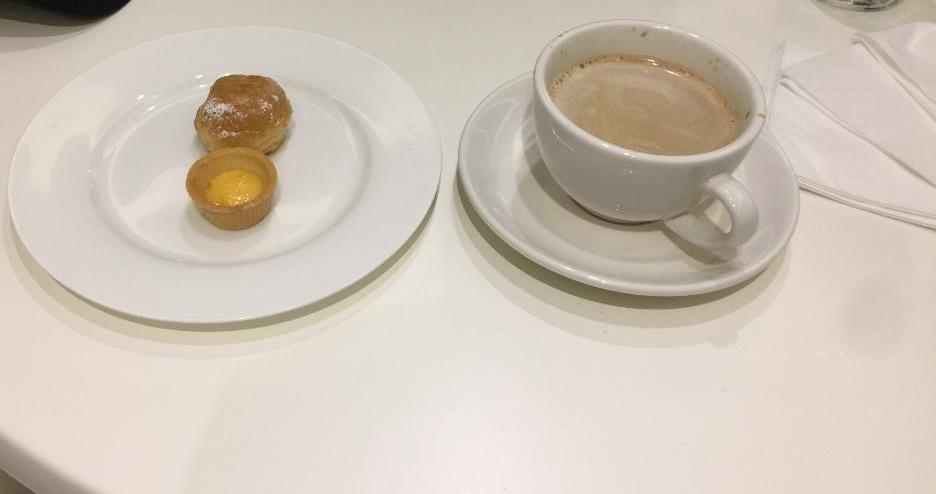 The middle eastern theme extended to the buffet section, with dishes such as chicken tagine, lemon couscous and roasted spicy cauliflower on offer. 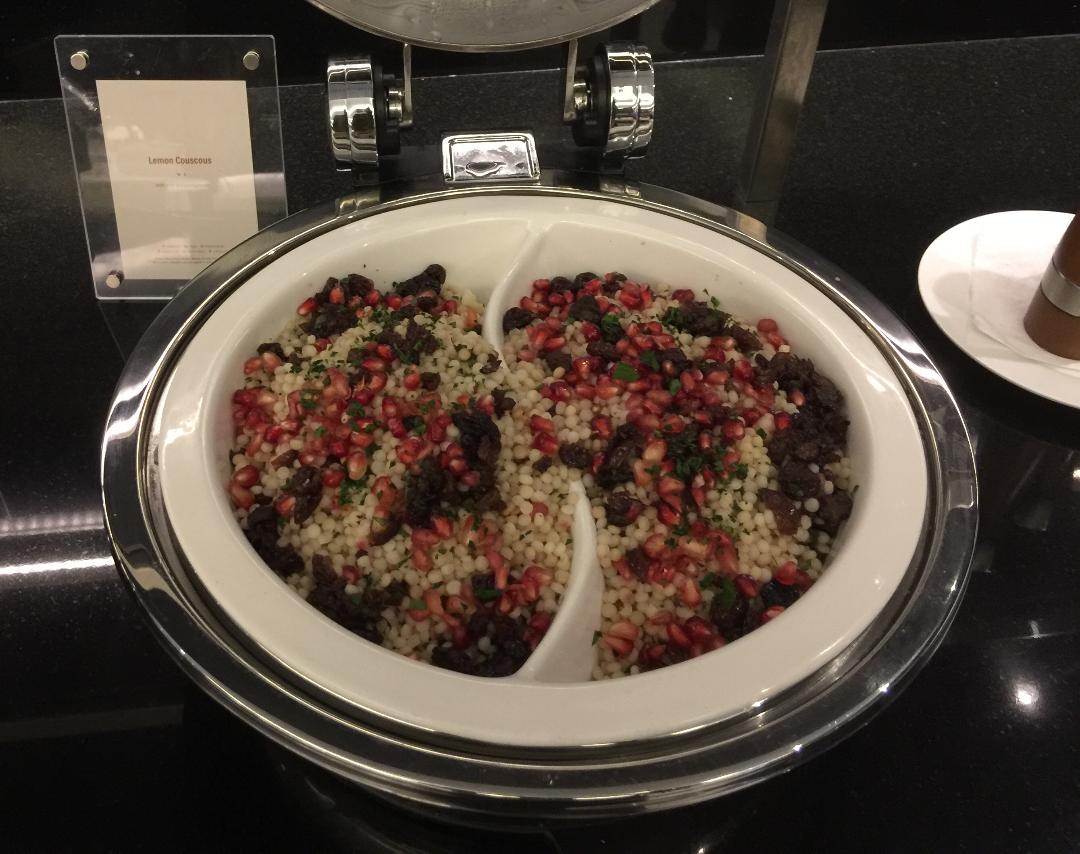 If you fancy a drink before getting in the air, The House’s got you covered. The bar takes-up a good chunk of prime real estate, near the glass windows. 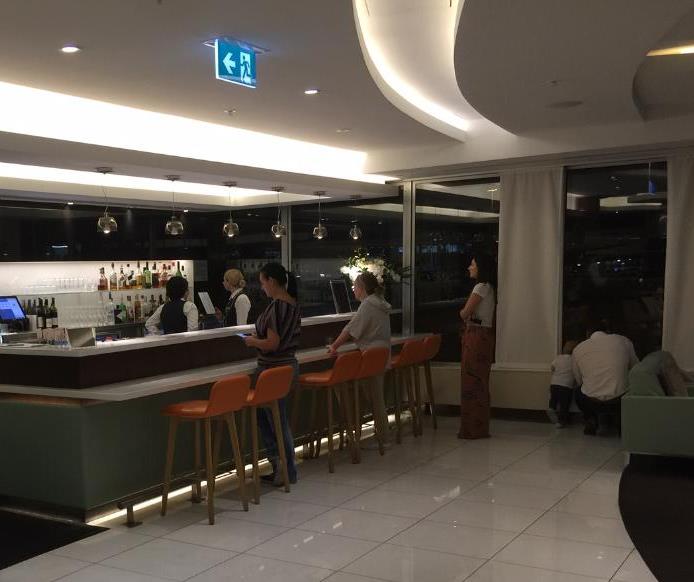 The menu offers a small selection of whites, reds and bubbly, besides beers and cider. I asked for the lone champgane on the menu, Devaux Brut, but was told they were out of it. I instead settled for some grey goose vodka & sprite, which is always a safe option. 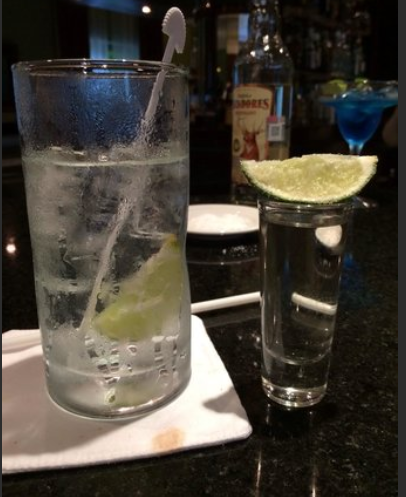 To the left of the buffet station is a long, narrow corridor. This part of the lounge has a small children’s play-room. There are separate male and female prayer rooms further down. 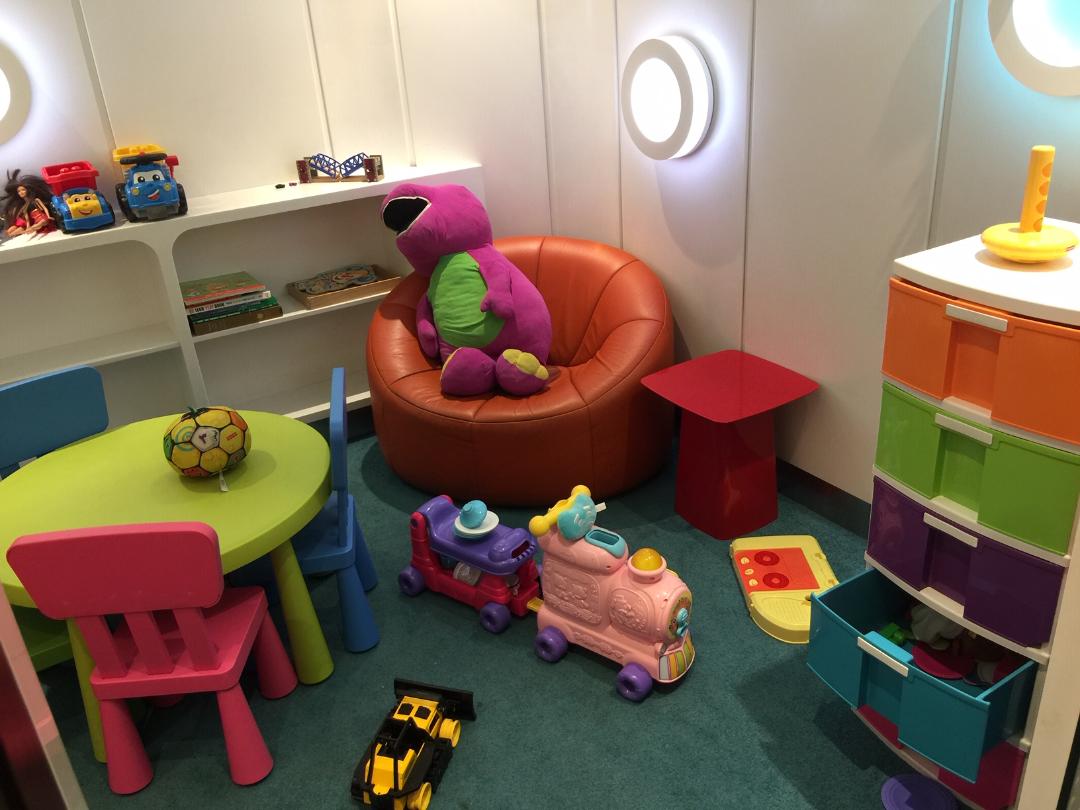 Next to them is the bathroom, with toilets and a single shower. The shower appeared to be clean and well-maintained. 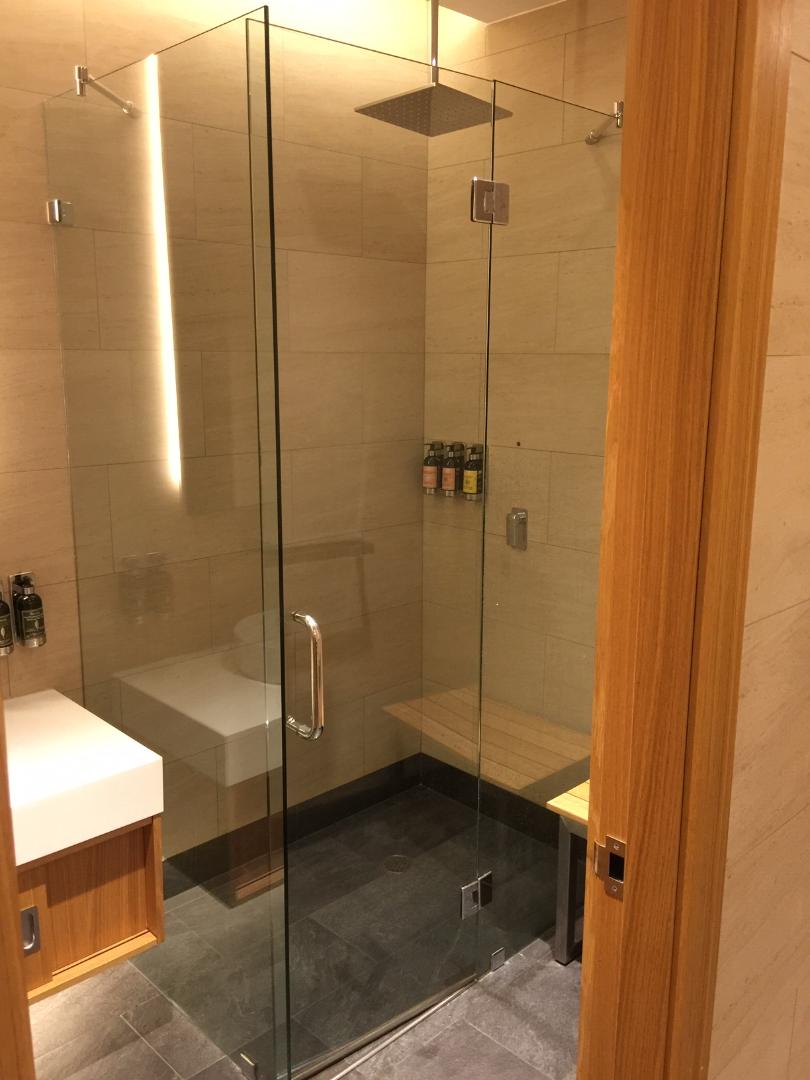 For the busy executives wanting to catch up on work, or draft that last email before jetting off, there is a business centre with 3 iMac’s, next to the elevator. Free wifi is also available throughout the lounge, although speeds of around 3 Mbps are decidedly sluggish. 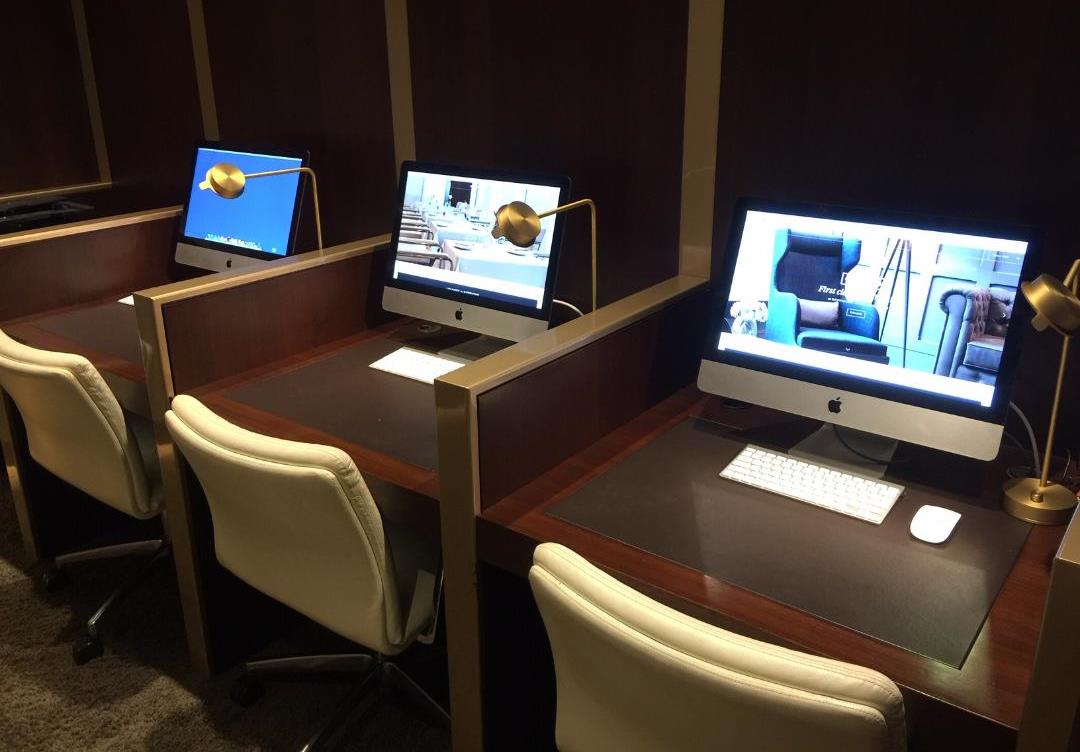 There is another section for the digital nomads in-between the formal dining room and the formal seating area. This space features a semi-curved, long, communal bench with individual power points to keep the gadget junkee’s on a high. The high-top stools are neatly placed under the bench. 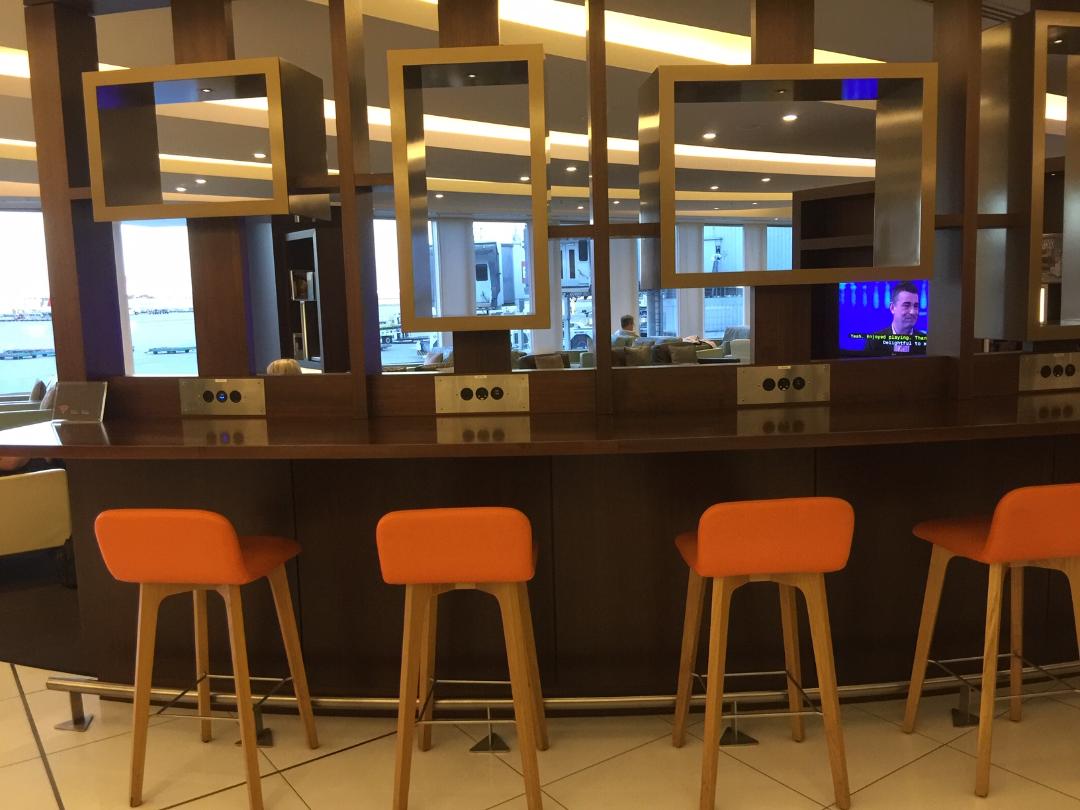 This brings us to the most important question, who can access the lounge? The lounge is not a partner with priority pass or lounge buddy or any of the independent lounge operators. Being a Star-alliance or OneWorld elite member does not open the doors either. Only the following guests are entitled for complimentary access:

If you can’t access the lounge under any one of the above criteria, you can pay-your-way in. The price is $80 if you book online or $90 at the reception, on the day of entry.

The House, as the lounge is currently known is an erstwhile Etihad Airways lounge. Long time Etihad flyers will recognise some very overt Etihad touch, still present throughout the sprawling facility.

When Etihad found itself in a well-documented financial pickle last year, it decided to shut-down all its outstation lounges, and the Sydney facility was rechristened The House.

The lounge provides guests with all modern creature comforts, although the wifi speeds are a firm reminder of the (bygone) dial-up era we have left behind. Presently, access is fairly restricted as mentioned earlier. This means that outside of the morning and late evening Etihad & Virgin Australia departures, the facility remains under-utilised at other times.

This though is expected to change in future, as the lounge operator has plans to add further capacity and expand access. If you have access to the lounge, it’s a nice enough facility to spend an hour or so before your flight takes-off. However, I certainly wouldn’t bother with paying to access it.

Have you been to The House? What was your impression of the facility? Leave a comment below. 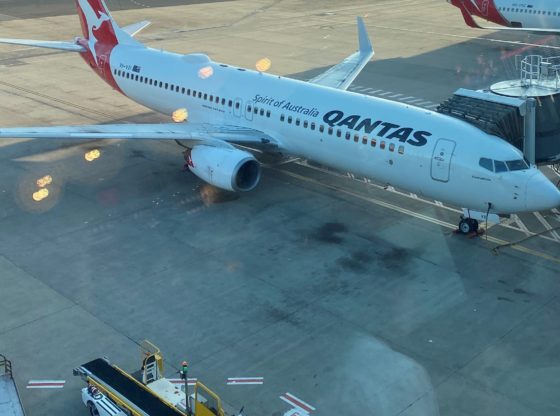 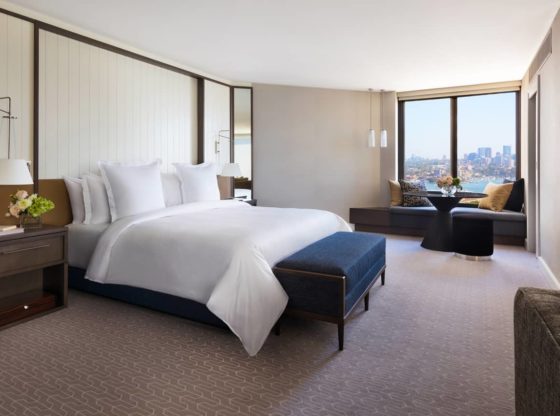 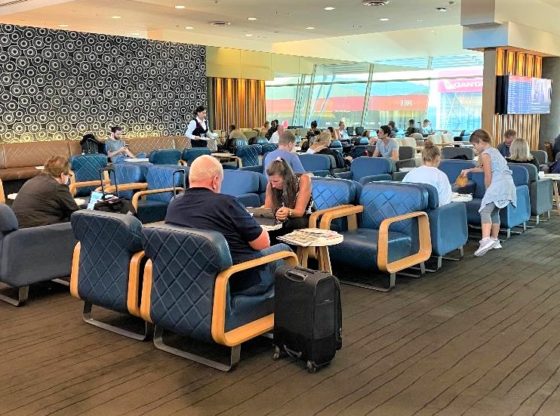 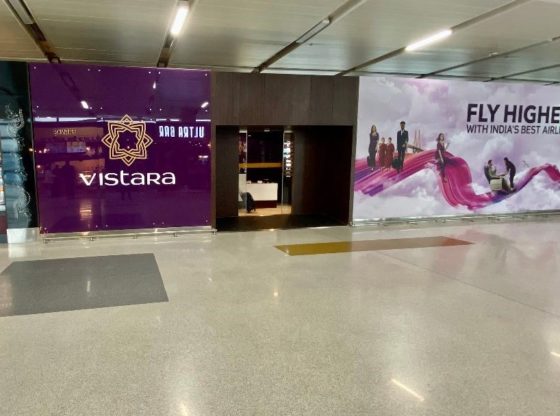 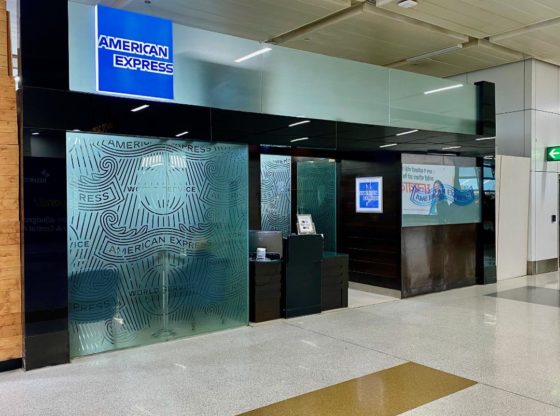 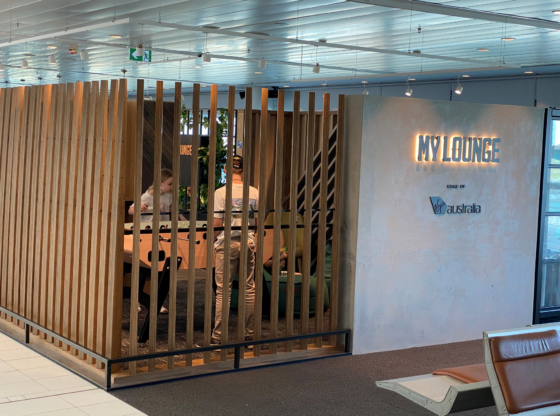 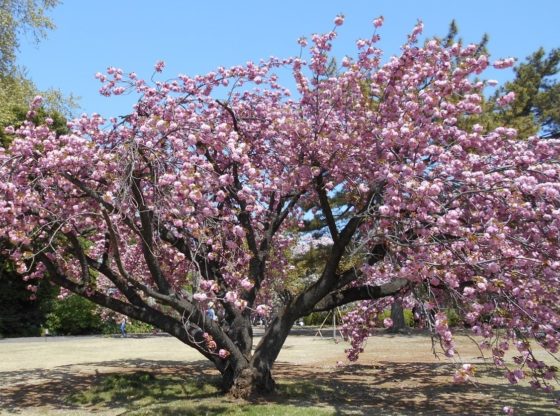 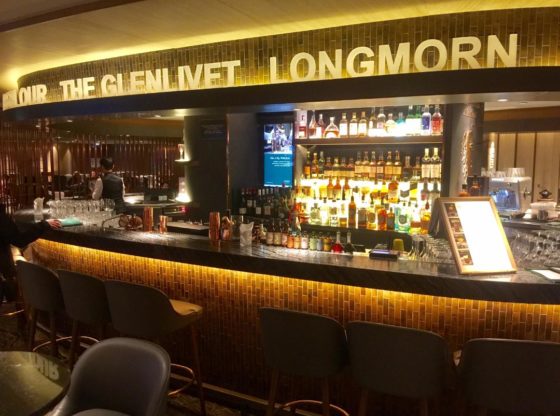